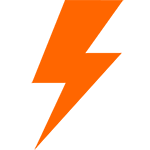 Our goal was to see if our Beginner to Badass system could transform an absolute rookie into a solid bassist in 30 days.

Enter Dan. Dan considered himself musically hopeless. He had never played bass or any musical instrument.

DAN 1! I can pick one up and pluck the top string, that’s all.

BASSBUZZ What’s your biggest concern when it comes to learning from the Beginner to Badass videos?

DAN That I’ll be terrible and not able to follow the lessons at all.

To make Dan a legitimate guinea pig, the key thing was to let Dan play along with the Beginner to Badass videos without any outside help from us or from another bass teacher. Even after the few days, you could see his mood start to change.

BASSBUZZ How’s your technique coming along?

DAN I must have been bunching my fingers. Moving from fret to fret is getting easier. And now I know where to place my thumb.

DAN This is the first time I’ve played eighth notes across more than one string, which was great as it felt like we were really kicking on.

Within a week, Dan was already starting to see results as he attempted some more difficult songs.

BASSBUZZ You’ve been playing for a week now, Dan. How’s it going?

DAN Really good, I’d have never dreamed of getting anywhere near this close to something like this after such a short time.

DAN I watched the sneak peak for the ska one and thought “wtf there’s no way I can do that, my fingers can’t do that”. But I did the workouts and I actually did it. I looked at my daughter and shouted at her “I’m doing it!”

Even though Beginner to Badass will make sure you’re playing lots of cool songs quickly, if you’re game to learn some simple music theory it’s like having a map. It will help you get from point A to point B faster, and it’s as easy as 3rd-grade math. We weren’t surprised how quickly Dan got it (don’t worry if you know zero theory; Dan didn’t either).

DAN Good, not only the playing but I’ve learned some theory, which I never thought I’d ever do.

BASSBUZZ What else did you learn?

DAN Scales and stuff! Bit more improvisation around the B flat triad chord, then some 12-bar blues. This was great to play.

DAN There was a challenging classic funk song coming up, so I took a deep breath and concentrated. I could do it! Slow and medium and once on the fast! Best lesson ever! My wife and daughter even came in and listened and made impressed noises! Amazing. I’m going to bed a happy man!

BASSBUZZ Which aspects of the course do you like the best so far?

DAN Creating improvisational bass lines by playing around drum beats, using scales and chord progressions. I can figure out what key we are in pretty easily now, and then creating a bass line from that. Good fun.

After Dan Completed the Course

BASSBUZZ How do you feel now you’ve completed the course?

DAN Amazing. I can’t quite believe I managed it!

DAN I’m really surprised at how much I’ve progressed, as when I unpacked the equipment I really didn’t have a clue. It took me about half an hour to put the strap on and I had to get my 10-year-old daughter to help me tune it! So I suppose I was an ideal candidate to try it out on, as I was really coming into it with zero ability.

BASSBUZZ Did you get stuck at any point?

DAN No. My initial worry was that after the first few easy lessons I’d start to struggle when they started getting more serious, but this never happened. I went way beyond my expectations.

BASSBUZZ What was it about the course that helped you go beyond your expectations?

DAN That it really does teach you good technique early on and gets it into you, so later on in the course it becomes natural. I wasn’t having to worry about where and how to position my hands or which fingers to use, so I could then concentrate more on the new things being taught. Plus, the lessons were done in a fun, no-pressure way, so even if it was a challenging song it wasn’t stressful.

BASSBUZZ Would you recommend the course to a friend?

DAN Definitely. A friend came ’round the other day and asked to see the bass and if he could hold it, and I was amazed that he couldn’t pluck the strings properly or stretch his left hand enough to use his pinky finger on the frets. Then I remembered, that was me only 30 days ago, (give or take with a weeks holiday). When I told him this he said he probably wouldn’t be able to do it. But again, that is exactly what I thought, and now I can play “Under the Bridge” and “I Feel Good” … and I know what a diatonic chord progression is!

DAN When my daughter’s guitar teacher found out I was having bass lessons, every week he would point to the corner of his teaching room and say, “There’s a bass over there. Fancy it?” I would always say no! However, on her final lesson with him I finally plucked up the courage! I used the Hal Leonard song book provided with the course to play “Hey Joe”. Next thing you know it was happening! We were playing it, actually playing it properly together! It felt awesome!

The first half of the song I was nervous and really concentrated on making sure I was playing the right thing, but the second half I relaxed and just really enjoyed it! I’ve also been downloading songs that are in the book and playing along with my favorites, but nothing beats playing along with another guitarist, something I never imagined I’d ever be able to do.